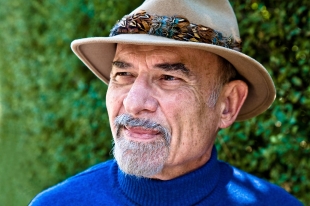 Author and psychotherapist Irvin Yalom will speak at the Lucie Stern Community Center on Saturday, March 14. Photo by Reid Yalom.

>> "I always have a few patients in my practice with a lethal illness,
>> I have learned a tremendous amount about myself through
>> working with them," he said.

>> Is therapy appropriate for everyone? Yalom tends to think so.

Perhaps the reason is that all relationships now have been
monetized and commoditized because the real jobs of psychology
professionals ought to be to debug some of the problems in our
society that isolates people so ... except that seems to be one of
the objects of our society in order to push everything into the
anxiety ridden economic sphere.

Worked with Yalom many years ago...he actually admitted he did not like his overweight female patients, although he continued to work with them. Go figure!