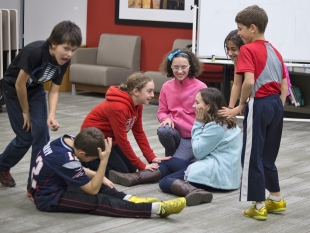 Students engage in lively improvisation as part of drama class at the JCC's new School for the Performing Arts. The school is accepting registrations through the end of February. Photo courtesy of Palo Alto JCC.

Flying: How to lower your impact
By Sherry Listgarten | 8 comments | 1,896 views