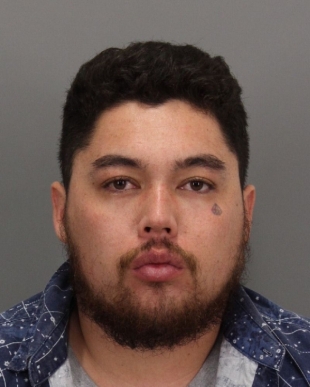 *Editor's note: The name of the Sunnyvale resident/driver has been removed from this article because the original charge of felony assault on a police officer with a deadly weapon was dismissed and the misdemeanor conviction for being an accessory after the fact was dismissed for constitutional reasons in the interests of justice, pursuant to California Penal Code Section 1385, on Oct. 27, 2016.

One of the guys claim it's a situation where they were drunk and that's why this happened. Take a look at that tear drop tattoo and tell me that's all it was.

50,000 Americans die annually directly from the side-effects of alcohol and another 35,000 die from avoidable travesties like these and car accidents induced by alcohol consumption. Every weekend there are several fights in our downtowns that are a result of alcohol intoxication but we continue to glorify liquor every holiday and allow it to be readily available on every retail zoned corner. In 10,000 years of worldwide consumption 0 individuals have ever died from cannabis ingestion and in over a decade I have never heard of a single fight inside or outside of a cannabis dispensary. In fact since the enactment of medical cannabis laws in 1997 the states violent crime rate has plummeted to a 40 year low and a 50 year low in Los Angeles where the most collectives in the entire country exist. A city with just cannabis collectives is leaps and bounds safer than a city with just bars. Anyone who would state otherwise is disregarding science and history. This young man would likely still be alive if all those involved were not drinking alcohol and even more likely if they were smoking or eating cannabis instead. People walk out of bars as enemies while patients walk out of collectives as friends. May you all reach this awareness and end ignorance hatred suffering and senseless deaths.

The accused' s story sounds fishy. Apparently, the victim was Ukrainian, the assailant is Russian: there may have been a racial motive, since the two are like oil and water.

Friends who knew the assailant in high school say that he was bad news, always in trouble, a loose cannon, etc. It seems like the consequences of his quick temper have caught up to him at last.

How does someone slug someone so hard in the head that it is heard a block away, and not break his hand?

Hulkamania is a registered user.


Maybe the accused can get Jamie Foxx to testify on their behalf.