From bread-baking in the morning to 'Taps' in the evening 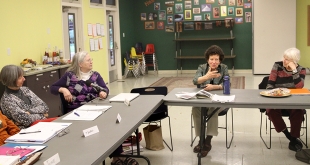 Thanks for the reminder about singing Taps at the end of each of our scouting meetings, back from the days when we all were allowed to include God in our daily lives. It was a great way to end our meetings and send us off home safely to our beds. Web Link