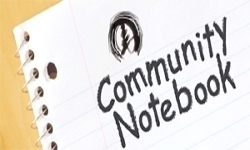 Like this comment
Posted by Joe
a resident of Another Palo Alto neighborhood
on Nov 18, 2014 at 7:05 pm

This test is interesting--up to the point where the claim is: "each solar unit generates energy equivalent to the power that would otherwise be consumed by two regular street lights". So, what exactly is a "regular street light"? Since the City has been moving towards LED street lights--which require far less power than a sodium vapor lamp--just how much power will be generated by these panels?

And what about the power generation for a full city build-out and at what cost? If these units are being provided by the vendor for a test--then it's unlikely that they will be wanting to tell the residents about the cost once the units are on the market. So, we're left with solar panels of unknown cost that are generating unknown amounts of power. At some point, there needs to be a cost/benefit analysis of these units. If Palo Alto is just hosting the test, that's one thing, but if this is some sort of a plan for phased implementation of these units--then given that the new Council has been all about "transparency"--shouldn't there be more information about the details of this project?

Solar is still a pretty puny generator of electric power--particularly since it only works when the sun is up. There just isn't much information here for us to make much sense out of the value of these units.

Instead of testing them where there's lots of ambient lighting, billboards, commercial signage, etc., how about testing them on some of the residential streets where it's very very dark?

Solar is a great idea but not on light poles where the area is too small to generate substantial amount of energy. Roof tops and parking lots are much better suited.

Report Objectionable Content
Email Town Square Moderator
1 person likes this
Posted by look it up
a resident of Midtown
on Nov 19, 2014 at 4:00 pm

These products are on the market. Why don't you all find out what they are and get the spec sheets. Then you won't have to speculate.

> Then you won't have to speculate.

Interesting that the Weekly didn't mention that. What good is the Weekly if we have to do all the work?