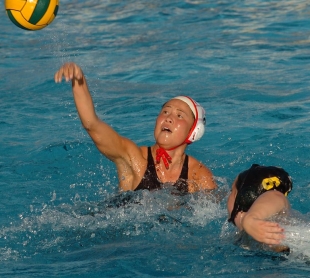 Castilleja senior Anna Yu scored two of her three goals in the second overtime, forcing sudden death and an eventual 7-6 victory for the Gators over Menlo-Atherton. Photo by Keith Peters/Palo Alto Online Sports.