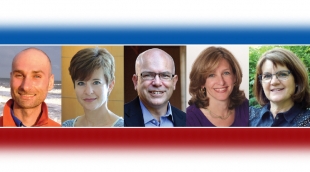 You report that Terry Godfrey raised $30,561 but do not report that $9,000 was a loan from herself. She did not raise that money. Her actual fundraising total was $21,561. That puts her behind Dalma in actual, i.e., funds donated by supporters. Your story would be more accurate if you corrected it to say (1) Gina is third in fundraising (though 4th in funds); (2) Terry has 30,561 of which 21,561 was donated and the rest was self-funded. Doesn't mean Terry did anything wrong at all but this is not accurate.

By the same standard of this reporting you should say that Gary Kremen has "fundraised" nearly $400K.

5 people like this
Posted by Disillusioned supporter
a resident of College Terrace
on Oct 27, 2014 at 12:55 pm