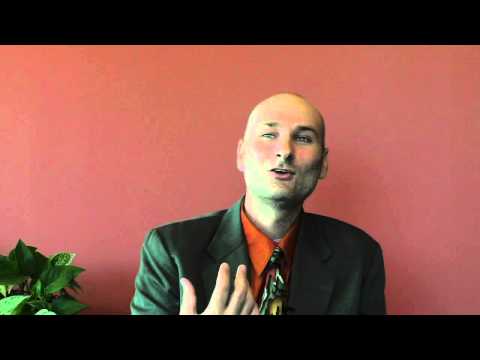 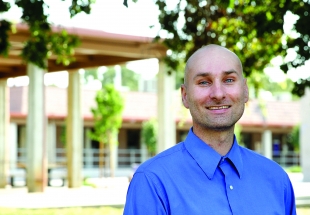 Jay Cabrera, a Palo Alto school board candidate, poses for a portrait at Gunn High School, from where he graduated in 1998. Photo by Veronica Weber.

Education: Bachelor's in environmental science and biology from University of California, Santa Cruz

Family: Parents, both Stanford University professors, with whom he lives

Favorite book: "Universe: The Definitive Visual Guide" by a team of astronomers and science writers

As the only non-parent candidate and product of the Palo Alto Unified School District, Jay Cabrera has billed himself as a board outsider who brings a fresh, alternative perspective to the issues facing the district.

And he wants to stay that way. He said he's made a point of not attending any board meetings and has criticized the limitations of those meetings' structure, advocating for online voting and other technologies that will allow the public to further interact with the board.

"I'm really a supporter in initiating and bringing our governance structures of our community into the 21st century and utilizing technology for decision making," he said at the Sept. 16 debate. "The key word is 'interactivity.' I am dedicated to putting every single decision and every single issue online and allowing the community to interact and vote on issues to make sure there's a direct conduit (to the community)."

Cabrera grew up in Palo Alto, attending Nixon Elementary School, Jane Lathrop Stanford (JLS) Middle School and Gunn High School. After graduating from Gunn in 1998, he attended the University of California, Santa Cruz, where he studied environmental science and biology, was elected to student government and worked on sustainability issues. He currently works as executive director of Community LIFE Foundation, a nonprofit whose main program teaches students poetry and video-production skills.

Cabrera's political career has included numerous runs for public office -- including for mayor of San Francisco, mayor of Santa Cruz and California Assembly. He was unsuccessful in those campaigns but said he's maintained a common thread throughout all of them: a push to use technology to improve community participation, encourage transparent governance and enhance education.

Cabrera has criticized the board's current procedures for interacting with the community -- namely, its biweekly meetings at which board members speak and those who are able to attend listen.

"I feel that the systems that are currently (used) really centralize power, not only just in the board itself but in the space where the board exists, being two-hour meetings (every other) week," he said. "The people who show up to that space are, the best way to describe them would be 'insiders.' So there's this inside circle of people who go to all the board meetings and really know everything that's going on there. I've chosen not to attend board meetings at this point in time partly for that reason."

Cabrera has also pointed to flawed leadership as the cause for many problems that plague the district, such as the achievement gap and lack of support for special-education students.

"I feel that the primary thing to acknowledge as someone running for school board is that the current school board and, in many ways, current people running for school board are not the people who need to be in power to fix this," Cabrera said in reference to the achievement gap at the Sept. 20 debate hosted by parents of students of color and students with special needs. "We need to empower people who are of the demographics and of the community who need to make the changes. ... That means that, as a school board, our goal needs to be to provide the resources and funding and staff to empower leaders in our community."

On the topic of resources, Cabrera has repeatedly advocated that the district lower its budget reserve cap from 10 percent to between 5 to 8 percent of the budget. Unused funds should be going back to the classroom, he says, and could help to reduce class size and pay for innovations.

Cabrera supports the incorporation of coding instruction into schools as a way to better prepare students who will enter a rapidly evolving workforce -- and says that should be a no brainer for a school district located in the heart of Silicon Valley.

He said if elected, he would institute a process to analyze the feasibility of adding coding into Palo Alto schools.

On the question of school autonomy, Cabrera said he doesn't support a top-down approach and that ideas for programs to implement districtwide should come from the community rather than the board.

"I ... feel that it's healthy to have different cultures at different schools and for the schools to function slightly differently," he added. "Is it efficient? Is it the best for budget, tracking, all that stuff? Possibly not. It's possibly not the most efficient, but we're human beings. I feel like the human touch of wanting a personality and wanting to be different is more important than everything to be machine-like."

He said in light of the district's huge range of programs and policies, from dress code and handbooks to counseling systems and cheating policies, spreading best practices should be done on a case-by-case basis. Like the other candidates, he said it is important to have comparable outcomes -- for example, Gunn and Palo Alto High School's differing counseling programs should remain individualized but are held to the same standard for producing results.

To view a video of the Weekly's interview with Jay Cabrera, visit our YouTube channel.

The first few seconds after awakening; before I remember the virus
By Chandrama Anderson | 0 comments | 3,014 views

Can you stay healthy without making more trash?
By Sherry Listgarten | 4 comments | 2,412 views

Think about helping others in our coronavirus-affected area
By Diana Diamond | 5 comments | 2,228 views