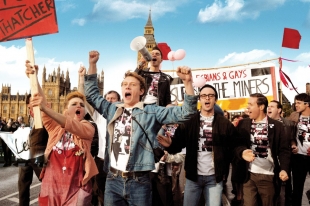 "Pride" tells the true story of how gay and lesbian activists in the U.K. joined forces with striking miners in the 1980s. Photo by Nicola Dove.