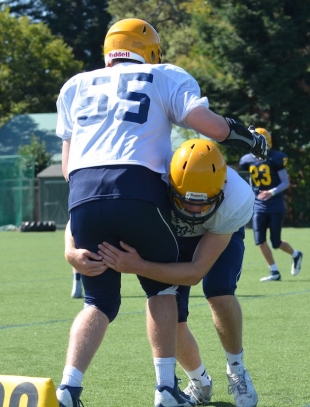 Menlo School has adopted a tackling style more like rugby in an attempt to lessen injuries. Photo by Pam McKenney/Menlo School Athletics.