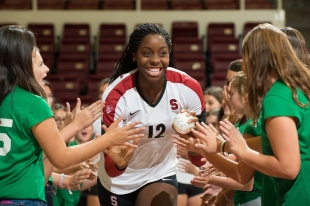 it's really worthwhile to go for a season pass to these matches. what outstanding feats of athleticism go on with these volleyball teams. they deserve the high rankings. wish them well, root them on to more wins

Posted by Name hidden
a resident of Stanford