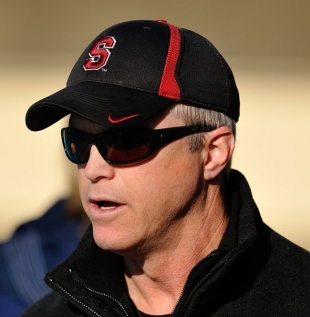 Stanford's John Tanner was named Coach of the Year by the Association of Collegiate Water Polo Coaches. Photo by Richard C. Ersted/isiphotos.com.