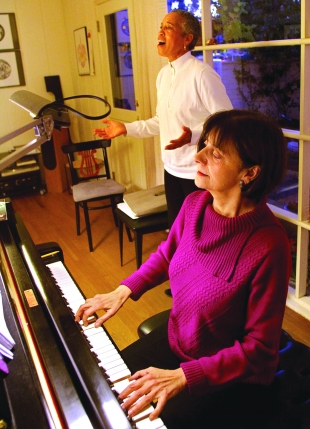 Singer LaDoris Cordell, left, and pianist Jodi Gandolfi rehearse "Hold Out for Joy" by Regina Harris Baiocchi, part of a musical tribute to Trayvon Martin, which will they'll perform on Jan. 26 at the "Let Freedom Ring: The Resounding Music of African American Composers" concert. Photo by Veronica Weber.

Best Wishes for a wonderful concert. Fascinating and exciting. Wish I didn't live so far away (NYC).