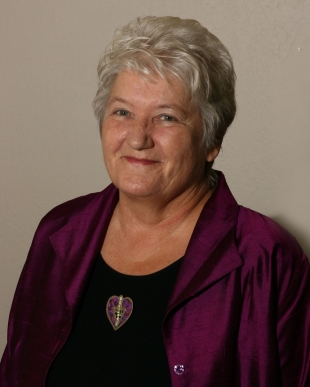 Lynda Steele, executive director of the Palo Alto nonprofit Abilities United, will retire by June, the organization's board of directors announced Jan. 15.

During her career, she transformed services for disabled and developmentally disabled people from de facto institutionalization to programs that enable independent living.

Steele has headed Abilities United, founded as Community Association for Rehabilitation (CAR), for 20 years. The organization helps children and adults with developmental and other disabilities in Santa Clara and San Mateo counties to live independently and to gain community acceptance.

Under Steele, Abilities United more than doubled its budget, from $2.9 million to $6 million. The number of clients grew to more than 3,000 annually, its board of directors said in a statement.

Innovative programs developed under Steele include employment services; independent-living training; Community Connections program, offering volunteer opportunities and an education series on daily-living skills; a therapy clinic offering speech, occupational, physical therapy and developmental services for children up to the age of 8; Milestones Preschool, an inclusive preschool for children 2 to 5 years old; and an art program offering classes and exhibits that sells clients' artwork throughout the Bay Area and through online galleries.

"Lynda Steele has been an influential leader and strong champion in our community for the rights of people with disabilities," Karen Moore, president of the board, said in a statement. "She has dedicated her professional life to helping children and their parents, and worked with our community to find ways to ensure full inclusion and contribution. The board is grateful for her dedication and exemplary tenure."

Steele has been at the forefront of movements to include people with disabilities in mainstream communities since the 1960s. Her professional career began when the majority of developmentally disabled persons were institutionalized under horrendous conditions, she said.

As a young social worker in the United Kingdom, she interned at a state institution. The experience radicalized her.

"Those places were like something in Dickens. I was so horrified at the conditions and what I saw. People were in beds 6 inches apart. They were chained to the beds, and they were medicated up the yin yang. They did medical experiments on some patients without their permission. All of their rights were violated as human beings. They were being treated like animals. I thought, 'How can you possibly treat other human beings this way?'" she told the Palo Alto Weekly.

In the early 1970s, hospital conditions were being exposed by the media in the U.K. and in the United States. Steele and others lobbied hard for closure of such hospitals, but they also worked to develop a closure strategy and long-term funding for alternatives.

Formerly institutionalized patients made a remarkable transition once out of the institutions. People who were labeled with major behavioral problems began to thrive, she said.

"They began to talk to people again. By creating these alternatives, even though people had these labels on them, we found they just weren't true."

Relocating to California in 1973, Steele became a rehabilitation counselor for a work program and then coordinated developmental disabilities programs in San Mateo County. During her tenure there, she became familiar with CAR, which she said stood out above the rest.

"It always lived its mission. They really did good stuff all of the time," she said.

Steele worked as program director at CAR for three years in the 1980s prior to becoming acting executive director and then taking on the role officially.

In between these roles, she returned to England in 1983 to close the first institution there. Parliament had voted to shut the hospitals and created a 10-year funding program to transition to community-based programs. Steele was instrumental in developing the transitional programs. She stayed for six years.

"I couldn't pass that job up," she said.

At Abilities United, she has watched people who entered the infant program years ago become as independent as they can be and find a place as part of the community. Developing those services has created the biggest changes in how developmentally disabled people see themselves, she said.

"We are now serving people who are speaking out for themselves. ... That's huge for me. It is so satisfying," she said.

"It's so powerful, the human spirit part of it. Overcoming their challenges and getting to be where they want to be. Every day is like that. You see somebody changing their life," she said.

Steele regards her biggest achievement as creating a cadre of committed and highly capable staff and volunteers. The culture she has nurtured in the organization has made all the difference in how Abilities United has become so effective, she said.

The nonprofit celebrated its 50th anniversary in 2013, and Steele said that now is the perfect time to transition to new leadership. She will retire by the end of June. The board has formed a search committee to find Steele's successor.

The board is currently also developing a plan to possibly replace the organization's therapeutic warm-water pool, which it closed suddenly in October due to irreparable damage.

Steele considers the loss of the pool, known as the Betty Wright Swim Center, as a great disappointment. The pool has helped countless numbers of people to retain and even regain mobility after injuries that include paralysis and disabilities such as cerebral palsy.

"It's one of the most tragic things. We did retain many of the aquatic staff. We have developed interim services in partnership with other organizations (in Sunnyvale and San Jose). We are renting their water. We provide staff to the people in the greatest need," she said.

But continuing interim services is contingent on donor funding. To gauge community support for rebuilding the pool, Abilities United has retained a feasibility consultant to approach donors to see if a capital campaign would be possible. A new pool would cost an estimated $10 million, she said.

Steele hopes that donors will see the value of the therapeutic pool. The need will only increase as Palo Alto's population ages and more people need warm-water therapy for ailments of aging such as hip replacement and back surgery.

"Getting donors is what would make my retirement the best ever," she said.

Rebuilding the pool will take place under someone else's watch, she said. Looking to the future, Steele said the next step for Abilities United will be to build a community-wide culture of inclusiveness for people with disabilities. Its goals are to create greater momentum with businesses and nonprofit groups to hire and provide volunteer opportunities for persons with disabilities, and for broader opportunities where people live and to whom they relate.

"It's difficult; there is no business plan in place. California has a year-to-year budget. They don't do the long-term picture. When they close an Agnews (Developmental Center), the money goes back to the state general fund. There's a structural problem with how it is resourced," she said.

As to her own future, Steele said: "I'm going to rest."

Best of luck to you Lynda! You are truly one of the most respected and professional women I have known in my time in the community. You leave a wonderful legacy.

Thank you for your tireless commitment to the Palo Alto community.

I now live out of the area and used then CAR pool and trainers after a paralysis. I saw the entire organization then. It was aiding older adults, new babies,and the center was filled with wonderful children being taught to jump from survival to living.
Lynda, you have done a remarkable and needed job. I for one truly thank you.

Lynda-
You have set a high standard and followed your passion. The things you have accomplished and the many lives you've positively impacted is amazing. I hope that we can continue to use our passion and resilience to progress and follow your footsteps towards many more years of great achievements. You are a hero in so many people's lives. And very loved and honored by those of us who have worked alongside you. Best wishes to many more wonderful, relaxing years. Cheers!

Lynda Steele is a visionary and a trailblazer, having taught a huge community of people to "think different" about disabilities, and to act on the new thinking. She has improved and enriched the lives of many. Thank you, Lynda, and best wishes for whatever lies ahead.

A Pragmatic Approach to A Trillion Trees
By Sherry Listgarten | 4 comments | 3,968 views

Singapore's oldest cafe was about to open in Palo Alto. Then, the coronavirus hit.
By Elena Kadvany | 1 comment | 2,890 views

Repairing a Disagreement with your Beloved & “Physical” vs. “Social” Distancing
By Chandrama Anderson | 2 comments | 2,660 views

The University of California’s flexible policies during COVID-19
By John Raftrey and Lori McCormick | 6 comments | 2,615 views