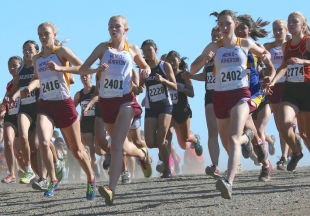 Kieth,
You wrote a great summary about the upcoming CCS XC championship. Good luck to all of the teams and we will see who qualifies for the CIF State XC championship at Woodward Park in Fresno.

Did you mean Taylor Fortnam is 22nd? Her place appears to be incorrect.