At 26, this Stanford swimmer may be just getting started | News | Palo Alto Online |

At 26, this Stanford swimmer may be just getting started 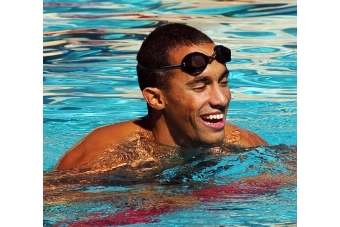 After qualifying for his first World Championships, Stanford grad BJ Johnson saw his season end in the semifinals of the men's 200 breaststroke on Thursday in Barcelona, Spain. Photo by Keith Peters/Palo Alto Online Sports.