Office for Civil Rights: Why is it there and what does it do? | News | Palo Alto Online |

Office for Civil Rights: Why is it there and what does it do? 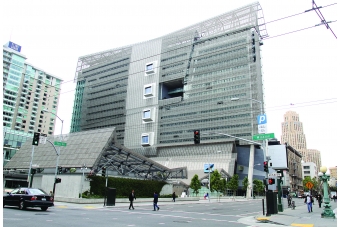 The Office of Civil Rights operates out of the San Francisco Federal Building in San Francisco. Photo by Veronica Weber.

"The Office for Civil Rights' enforcement approach can be affected by political winds. With the election of a Democratic president in 2008, the agency began a period of what it called "transformation" and "dramatic impact." In a 2012 report, the Office for Civil Rights described its renewed focus on outreach, education and more efficient handling of increased numbers of complaints and concluded: "Vigorous enforcement is critical to our nation's long-term prosperity: Fulfilling the promise of public schools in America helps us ensure a competitive workforce and maintain America's standing in the global economy."" (original article)

So now there is a new administration in DC...look for the OCR to be greatly diminished. Lots of lawyers out looking for a new line of work. And PAUSD can breathe much easier.

Flying: How to lower your impact
By Sherry Listgarten | 10 comments | 2,405 views