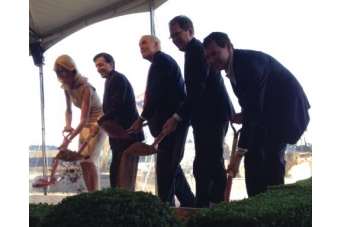 Just one of the eight corporations which made major commitments for the Medical Center Renewal were in existence when the last hospital was christened in 1959, Hewlett-Packard.

This region continues to renew and reinvent itself in nearly all good ways.

It has been a gift to have witnessed it all.

Edgar, what a great source you sound like you would be for some accurate historical perspective and insight and even recollections.

And you have none of the uninformed angst and hidden anger so many cranks have who comment. A breath of fresh air, my man. I am a former Palo Altan currently writing in London. But I may return.

Anne Le Ziblatt, formerly of Tamarine and Bong Su, is back with a Vietnamese noodle bar in Redwood City
By Elena Kadvany | 7 comments | 3,543 views

You Can Help: Scents and Migraines
By Chandrama Anderson | 0 comments | 808 views