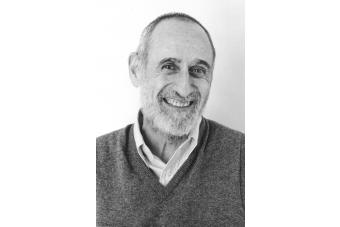 A devotee of Mahatma Gandhi, he and folksinger Joan Baez founded the Institute for the Study of Nonviolence in 1965. Sandperl was a mentor to Baez and had a longtime association with Kepler's Books founder Roy Kepler. In 1967, Sandperl, Baez and Kepler were arrested for attempting to shut down the Oakland Induction Center as part of "Stop the Draft Week."

From the 1950s and into the 1970s, Kepler's Books was a Peninsula center for political action and nonviolent protest, under the leadership of Kepler, Sandperl and others.

Sandperl became a national figure in the antiwar movement of the 1960s, according to New York Times reporter and longtime friend John Markoff. Also during that decade, Sandperl and Baez participated in efforts to desegregate schools in Mississippi and joined sit-ins during the Free Speech Movement at the University of California at Berkeley, Markoff said.

"Ira had an impact on many, many people through his work with Joan, the Institute, his book ("A Little Kinder," published in 1974) and Kepler's," said his friend Steve Ladd in an email. "I met Ira back in 1969 through sessions at the Institute for the Study of Nonviolence, when it was up on Page Mill Road. My son Gabe became good friends with Ira in recent years through their shared love of great books."

Married three times, he is survived by two former wives, Susan Robinson of Paso Robles and Molly Black of La Honda. Other survivors are two children from his first marriage to Merle Sandperl: Nicole Sandperl of Aptos and Mark Sandperl of Placerville.

I'm one of those people Ira had a great impact on-- a very special mentor in my life, especially in my teens. RIP, Ira, and thank you for your peaceful legacy...

Ira Sandperl was a large, quiet presence at Keplers untill pretty recently. Gentle and always will to talk poetry with anyone. I was sometimes anyone. Lucky me.

Spectator at Large is a registered user.


RIP dear Ira. Thank you for all the love and compassion you modeled to me as a teen and upwards as I made it through life's trevails as a peace pilgrim. You served as a fine example of love and service and I will not forget you either. I am truly blessed to have known you.

Such a wonderful man, I'll never forget his kindness and generosity to me.

I met Ira in 1956 and was persuaded by his gentle, lively spirit to examine the handy beliefs of the times. His eyes sparkled as he went on about Gandhi, nonviolence,and the value of a vegetarian diet. We were very fortunate to have him in our community for so many years. May Ira's spirit and values enliven us always.

The first few seconds after awakening; before I remember the virus
By Chandrama Anderson | 0 comments | 2,652 views

Can you stay healthy without making more trash?
By Sherry Listgarten | 2 comments | 1,942 views

Think about helping others in our coronavirus-affected area
By Diana Diamond | 4 comments | 1,845 views