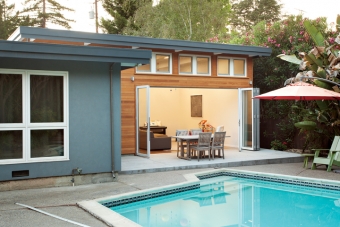 The remodel captures the true indoor/outdoor feel of a "real" Eichler. Photo by Mariko Reed.

Flying: How much is enough? It's personal.
By Sherry Listgarten | 5 comments | 1,350 views