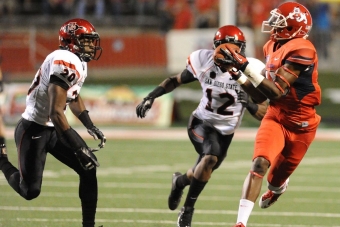 Any chance, since this kid is so good, that he can get a scholarship of the athletic variety and get into a better school with it?