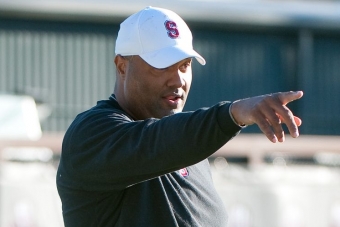 Stanford assistant football coach Chester McGlockton, a former member of the NFL's Oakland Raiders, passed away overnight. He was 42. Photo by Don Feria/Stanfordphoto.com.