Stanford gets out of Oregon with a crucial win 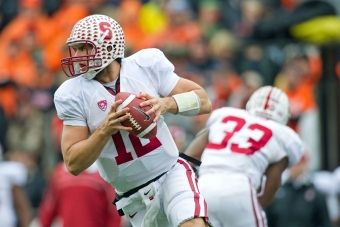 Andrew Luck threw for 206 yards and three touchdowns in Stanford's 38-13 win over Oregon State on Saturday. Photo by Don Feria.isiphotos.com

Flying: How to lower your impact
By Sherry Listgarten | 6 comments | 1,748 views