Diana Steeples, the 'voice' of Avenidas, dies in Palo Alto 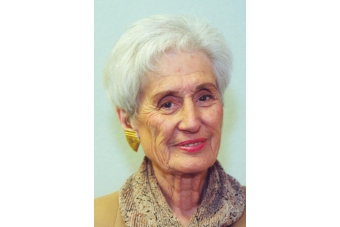 Diana Steeples was a force to be reckoned with; an excellent PR woman and a caring and compassionate human being. The work she accomplished for the good of others will live on and she will be greatly missed.

ralphc is a registered user.


Many hundreds of local seniors are grateful for Avenidas services Diana and others pioneered. Ralph Cahn

Completely agree with what Debbie Ford-Scriba(who hired me at the Weekly!!) said! We were fortunate enough to work with Diana on many events and causes. She was tireless, persistant and always appreciative of what the Palo Alto Weekly did to keep the community informed and involved.
She will be missed but not forgotten.

Only Jay could have written Diana's obituary. He called her an "ankle biter" because of her persistence. In her own quiet way, she hung in there. She is a soul who will live forever, and we are all lucky to have known her always pleasant personality!

I wish I had truly know her well!