It's a chance to take on the NCAA champions 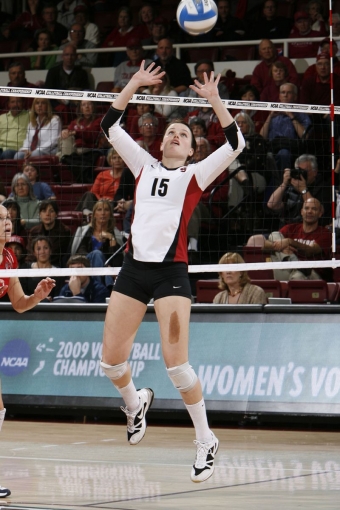 Cook didn't play in a 4-2 system last year... she played in a 6-2 system. Six hitters (because Cassidy Lichtman both hit and set and Cook shared her rotation with a hitter... usually Hayley Spelman) and two setters.

The most interesting change on offense this year isn't the switch back to a 5-1 system... except for 1994, 1995 and parts of 2008, 2009 and 2010, that's been Stanford's norm... it's that Stanford has a middle blocker (Carly Wopat) not only regularly playing back row... the first since Barbara Ifejika in 1997... but regularly attacking from the back row. Carly might be the first Stanford MB to do that since Bev Oden, one of the greatest college (and international) players in American volleyball history.