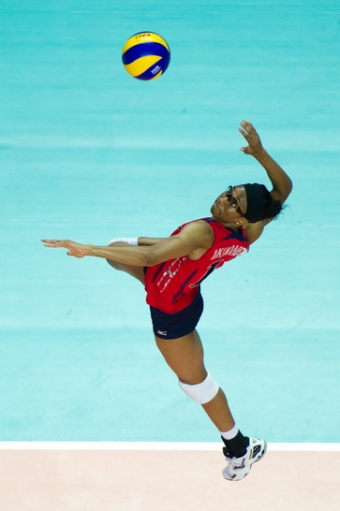 Stanford grad Foluke Akinradewo had six kills and three blocks in Team USA's straight-set victory over Serbia in the semifinals of the FIVB World Grand Prix in Macau on Saturday. Photo courtesy of FIVB.

Flying: How to lower your impact
By Sherry Listgarten | 6 comments | 1,713 views