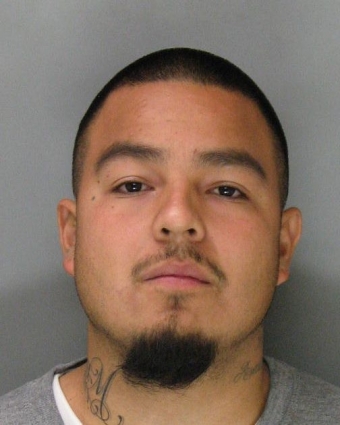 Gang members and thugs like these are ruining the quality of life throughout California. We see it in too many of our neighborhoods, public schools, shopping areas, public spaces, and even our professional sports venues. Enough is enough.

Upon conviction, sentencing for these thugs should be mandatory service in the military, with immediate shipping out to hotspots. They are such tough guys, fighting the Taliban should be a breeze for them. Let the REAL tough guys come home for a spell. [Portion removed by Palo Alto Online staff]. So much easier to bully your neighbors and communities.

Congratulations to the officers and investigators on this case, and thank you for your persistence in solving this. And, despite the victim's gang affiliation, my heart still goes out to the family who lost a son.

Although this story is several years old, it represents another example of gang violence that has become so pervasive throughout the Bay Area. It just keeps getting worse and our quality of life is being seriously compromised. Enough already. We need more enforcement action and tough sentencing laws. We need more intervention programs in the schools teaching young people to reject this criminal lifestyle.

We also need parents to become more involved in their children's lives and be wary of the early signs of gang affiliation. From what I have gathered, many of these gang members are recruited at a very early age, as young as 10-13 years old. Where are these parents? Where are their values? Society needs to send a clear message that allowing children to pursue this life is unacceptable and does not meet our community standard of civility.

Since the vast majority of gang members in our region and across the state are of Latino backgrounds, we also need the influential leaders in those communities to speak out against the continued violence and criminal behavior. They seem very quick to express outrage over incidents involving negative interaction with the police, schools, etc, but we hear little or nothing when it comes to self-perpetuated incidents such as these. Whatever perceived problems and obstacles that society may pose to our Latino population, absolutely pales in comparison to their own self-destruction.

Same thing in once-bucolic Half Moon Bay. Thankfully, the SM County Sheriff's now patrol there (due to town being unable to afford local police force due to former land-use suit by Palo Alto Developer Chop Keenan -Which the City lost and had to pay an enormous amount of money Keenan.) Now, there are far more Patrols and arrests, thanks to the ability and power of the New Force in town.

It's sad to see people thinking tougher laws are going to fix this. The problem isn't the law. It's the outreach and education (or lack thereof) that is the problem.

Laws for murder and violence are already pretty tough. Adding years isn't really going to make a difference to a young man who has very few opportunities due to economic issues and lack of positive role models.

You really want this violence to stop? If so - it's going to take time, patience, and money. And the willingness to address REALISTIC solutions that address the cause of the disease, not the symptoms.

For Gangs Aren't the Problem, I do want to stop the violence, and I agree with you, prosecution and sentencing laws alone do not represent the entire solution. But they are definitely part of the solution, along with youth education programs which I already discussed in my original post.

I do have one major problem with your take, and one that I think is indicative of the overall issue that we're talking about here. It's simply the notion of people holding themselves accountable. I don't buy the idea of there only being a few opportunities out there, or the economy, or a lack of role models. For every obstacle that anyone faces in this country, there are many more opportunities if one chooses to take advantage of them. Society provides a free public education. The community colleges in the Bay Area are among the best in the country, and still reasonably affordable. There is also job training, military service, and countless other productive options that people can pursue.

These people are creating their own disease and symptoms. No one else, especially society in general, is to blame or at fault.

Right on Layne! Beautifully written and, you have my admiration and support.

"How about the reality of expecting parents to supervise their children and raise them with proper values?"

Yeah - about that. When you come from an abusive family, get pregnant at 16 because you were looking for a self esteem boost that your father couldn't give you, and you have no family support...where do you think that leaves your kid?

Let's be realisic. We all WANT people to be responsible for their children. It doesn't seem like a huge thing to ask. But - REALISTICALLY - it ain't gonna happen by wishing it. If you really want to end the violence, you need to tackle the heart of the problem - not the individual symptoms.

The notion that "these people are creating their own disease and symptoms". Who are "these people"? The poor? The uneducated? The minorities? What did you mean by that?

Did you mean "gang members"? Gangs are created by social outcasts (why aren't rich people in street gangs? Why aren't educated people in street gangs?). The problem runs so much deeper than just a few violent young men and women. It's time for society to start focusing on that so that ALL of our kids are safe. We're all in this together, right?

Social outcasts? They're their own social group, and generally they have a lot of power - from running drugs, prostitution, dog fights and other illegal activities. Their power is garnered via fear, intimidation, macho posturing, violence, and of course, crimes of commerce and violence. They aren't social outcasts - they're anti-social, social deviants. There is something wrong w/many gang members, eg results of nature & nurture.

@Hmmm: It's ideas like that that set back actually solving the problem - ensuring the violence will never disappear. Putting your anger at their actions (totally justified anger, BTW) in front of logically putting an end to the problem won't help. It might help you feel better knowing the bad guys went to jail, but it does NOTHING to stop the flow of new bad guys from coming in.

While you are worried about punishing the wrong doers, I think it's better to focus energy on actually stopping the problem at its source.

All you white people want to blame the "Gangs" like they are the same thing. Anglo-Saxons just label all Hispanics as Gang Members and want to get rid of our street organizations without addressing the reasons we formed them in the first place, mainly for protection(against other races and police), group unity, to make money(when white people refuse to hire us) and its also a brotherhood so when we go to different cities or states we have a support group even if we never met them.

Also alot of Hispanics are being forced into the prison system so the Norteno Gang protects us when we are forced into prison(modern slavery) that white people usually get bailed out on or get lax sentences. So until society can address these grievances, its puro Norte for life!!!
Also the police dont want to do anything about the Sureno gang. These are new-comers from Los Angles/So Cal and from other countries. These guys move to the Bay Area and try to kill us so naturally we have to defend ourselves and sometimes that means taking the offense like in this tragic case here. The cops should target the Sureno gang and remove them from the Bay Area. Most of them are illegal anyway and have no loyalty to the Bay Area.
This Norteno-Sureno war has the ability to split the state in half!
As of this year Hispanics are the largest ethnicity in all of California for the first time since statehood in 1850 so start taking us seriously Anglo-Saxons!!

Keep your head up too all the homeboys from VMV and all the Ene's up and down the SF Peninsula(West Bay). We will get justice one day!
San Fran Mission District X415. Fuck the FEDS!!!!!
Puro West Bay Nortemos for life from that SFM 2 that VMV 415/650 West Bay Soilders! They cant stop us, They can only work with us! We got the trump card my Ene's. We are the majority in California as of this year! Time to put these puto gringo Anglo Saxons in there minority status place!!! See how it feels, HAHAHAHHA.
Viva LA RAZA, fuck a Yankkee FED bich!!!!!!

Flying: How to lower your impact
By Sherry Listgarten | 8 comments | 1,895 views