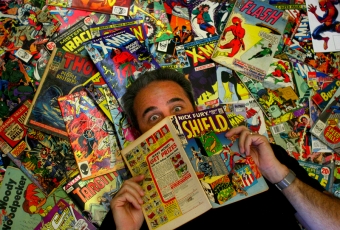 Information about Lee's Comics can be found at www.lcomics.com.

Thanks for this great story! I'm a long-time customer and it's a great store. I've brought in many friends to do shopping there. I often tie my dogs up in front of the shop while I'm busy. Mr. Hester always brings them water & asks about them. This story is a great reminder to do some more shopping there. It's tempting to buy comics online, but it's just not the same as going into Lee's. It's where I was introduced to Charm School Witch Girl Bunny, Emily and many, many others.