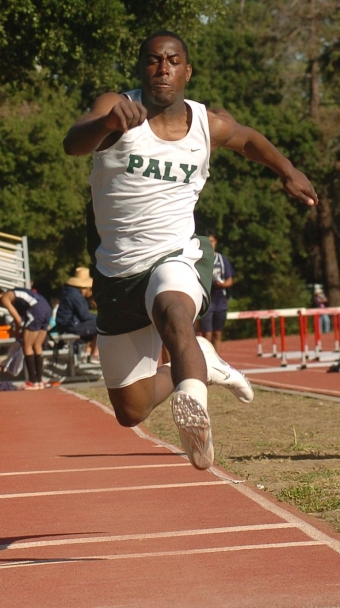 Palo Alto senior Maurice Williams hasn't competed in the triple jump this season after winning the league title last year and advancing all the way to the state meet. He'll make his season debut in the event at Thursday's SCVAL De Anza Division finals at Gunn. Photo by Keith Peters/Palo Alto Online.

Like this comment
Posted by Paly Track Parent
a resident of Palo Alto High School
on May 5, 2011 at 1:48 am