VanDerveer is named to Naismith Memorial Basketball Hall of Fame 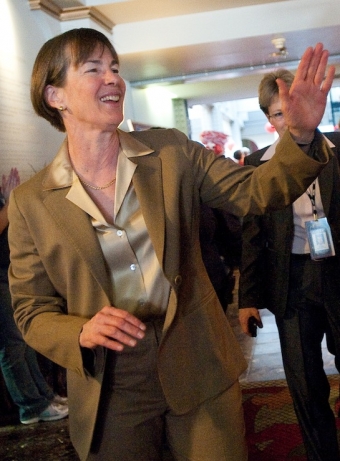 Stanford women's basketball coach Tara VanDerveer, architect of one the nation's elite women's basketball programs over the past 25 years, is one of 10 individuals who have been named to the Naismith Memorial Basketball Hall of Fame's Class of 2011, which was announced on Monday in Houston, Texas. Photo by Don Feria/Stanfordphoto.com.

Bravo! She (Vanderveer) certainly is remarkably talented and seemed a positive, hardworking sport specialist for sure.