Tall Tree Award winners 2011: Standing out above the forest 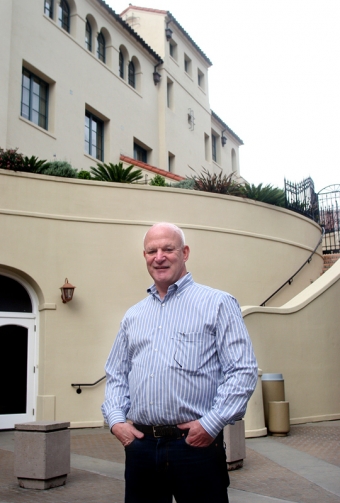 The roots of Palo Alto's Tall Tree Awards go long and deep and have grown in 32 years to touch every aspect of the community.

Beginning with the idea that the Palo Alto Chamber of Commerce needed to focus on more than local business, the award was inspired by neighboring Menlo Park's Golden Acorn program, which honored citizens and businesses for their devotion to their town, noted Andy Doty, who served on the chamber board at the time.

"We put together a small committee and proceeded to nominate members of the community, preferably people who were unsung," he recalled. The award was a way to bring attention to their hard work.

The idea undergirding the awards was that "a healthy residential community with great volunteers creates a vibrant business community," said Palo Alto Weekly Publisher Bill Johnson, who joined the chamber a year or so later, soon after founding the Weekly.

Back in 1980, it was unusual for a chamber to acknowledge community service, but the model soon spread widely, Johnson said.

At the beginning, the process for choosing Tall Tree winners was fairly simple: A few people sat around the chamber and tossed out ideas for candidates, Doty said.

And it's a major event. The Tall Tree Awards dinner is the chamber's major fundraiser for the year; the event is co-sponsored by the Palo Alto Weekly.

Since 1980, Tall Trees have been conferred on individuals and businesses (or nonprofit organizations) that have demonstrated "exceptional civic contributions and service to the community." They were selected "based on their local impact, breadth of contribution, diversity of individuals impacted, timeliness and originality of contribution," according to the nomination form.

Initially, the "Outstanding Organization" category covered both businesses and nonprofits.

Outstanding organizations have ranged from Hewlett-Packard Co. to the Winter Lodge (The Trust for Community Skating).

While the list of organizations and companies honored reads like a who's who of local companies and nonprofits, there have been some unusual choices. In 1983, the Palo Alto Elementary School Closure Committee was chosen.

"It was a very difficult process; it was timely to acknowledge they'd done a tough job," Johnson said.

And then there was C.W. Roddy, who was given a special Community Leadership Award in 1990 for standing up to drug dealers in her East Palo Alto neighborhood.

Former Palo Alto High School Principal Sandra Pearson was named in 2004, after she came out of retirement to take charge of the school after a student's suicide.

In 2004, Outstanding Business was split off from the Outstanding Non-Profit Company or Organization as a fourth category on its own. That year the Garden Court Hotel was honored.

Unlike Avenidas' Lifetimes of Achievement awards, there is no minimum age requirement for winning a Tall Tree.

"For more than 30 years, the Tall Tree Awards process has allowed us to recognize and celebrate those people and organizations that hold our community together. It gives us the chance to pause from our busy lives and thank those who quietly make Palo Alto the strong community it is," said Paula Sandas, president and CEO of the Palo Alto Chamber of Commerce.

A Pragmatic Approach to A Trillion Trees
By Sherry Listgarten | 4 comments | 4,070 views

Singapore's oldest cafe was about to open in Palo Alto. Then, the coronavirus hit.
By Elena Kadvany | 1 comment | 3,412 views

Repairing a Disagreement with your Beloved & “Physical” vs. “Social” Distancing
By Chandrama Anderson | 2 comments | 2,742 views

The University of California’s flexible policies during COVID-19
By John Raftrey and Lori McCormick | 6 comments | 2,673 views