Stanford freshmen hope to make it a real party 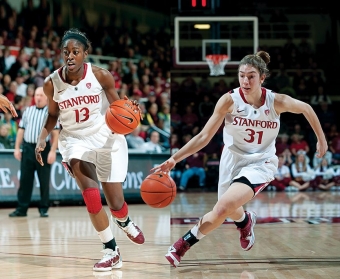 Stanford freshmen Chiney Ogwumike (13) and Toni Kokenis (31) are hoping to help bring the program a third NCAA title this season, with the quest beginning Saturday with a home opener against UC Davis. Photos by Don Feria/Stanfordphoto.com.