Palo Alto girls ready for the next big step 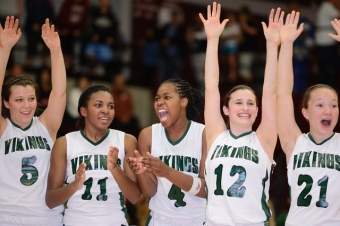 Palo Alto's (L-R) Mary Albertolle, Sydney Davis, Emilee Osagiede, Annie Susco and Hope Crockett hope to be celebrating again Thursday when the No. 4-seeded Vikings host No. 5 Lincoln of Stockton in a NorCal Division I quarterfinal at 7 p.m. Photo by Matt Ersted.

Let's not advance Berkeley to the semifinals just yet! Just as Paly has to beat Lincoln to advance, Berkeley has to beat the defending state champs, Oak Ridge, to advance. Like I always say, that's why they play the game!