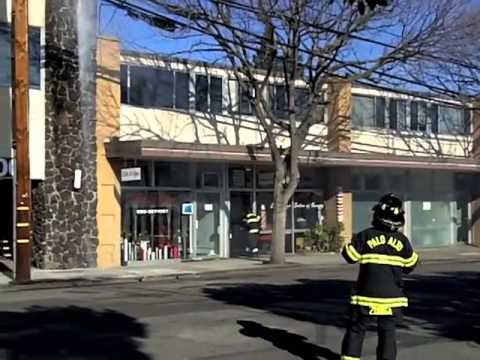 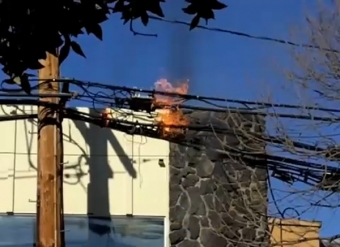 The quality of the work on these poles is atrocious. There are covers on junction boxes in my neighborhood on top of poles that are just left open letting the rain come in. Ropes holding wiring to poles. It looks like a third world country.

Like this comment
Posted by Resident
a resident of Another Palo Alto neighborhood
on Feb 1, 2011 at 2:42 pm

It is well past time to get rid of these antiquities. In the long run, it is safer and cheaper to have utilities underground.

Let's have a residents Blue Ribbon Committee walk all over Palo Alto and take note of the defects, and bring it back to council.

Palo Alto simply cannot run without our input. Let's have a survey asking if residents like these poles, and what they mean to them. If they're not on fire, we can hug them.

to Resident Watcher in Evergreen Park:

You've got a great sense of humor!


Underground costs orders of magnitude more than overhead and is no safer.

There is nothing in the phone system that can cause a fire. For this paper to report that it appears to have been from att is not only wrong, but ignorant. I know Palo Alto has a hard on for the phone company, and once even tried to take it over. For those that say, "put it al underground". Great, front the costs and it will be done. Otherwise put up or shut up. I don't tell you how to put the nuggets in the box, so don't tell the utility companies how to do their job.

I agree with Reality Check. There is nothing wrong with the phone system, I have heard that Palo Alto has it for the phone company but I am starting to see it first hand. The utility company knows what they are doing let them be. Do you even realize how much it cost to put things underground? I heard that the ATT cable caught on fire because COMCAST metal box housing sat up against the cable case of ATT and over heated the case causing it to go on first. Telephone Cable lines dont just get on fire.