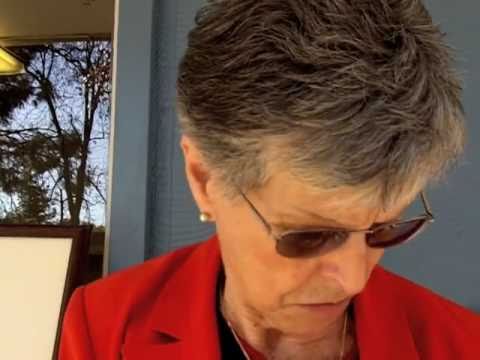 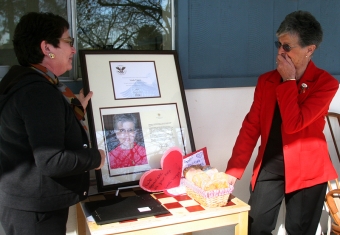 Abilities United volunteer Linda Vargas (right) is overcome with emotion as Volunteer Coordinator Joanie Meyers presents her with the Presidential Volunteer Service "Call to Action" Lifetime Award for her 37 years of service on Jan. 26, 2011. Photo by Veronica Weber/Palo Alto Online.

Congratulations, Ms. Vargas. This is an honor well earned.

And thank you to the newspaper for writing and publishing such a nice article.