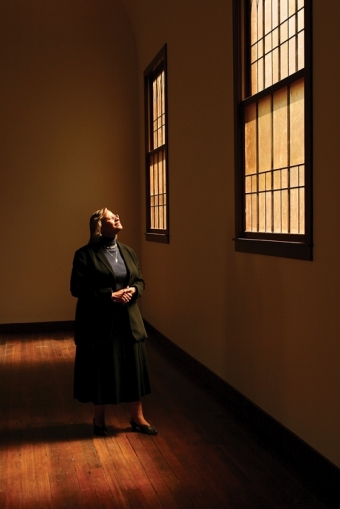 Ruth Anne Gray, historian and preservationist of the African Methodist Episcopal Zion Church on Ramona Street in Palo Alto, looks out at the restored glass windows of the church in April 2009. Photo by Veronica Weber/Palo Alto Weekly.

Flying: How to lower your impact
By Sherry Listgarten | 8 comments | 1,883 views