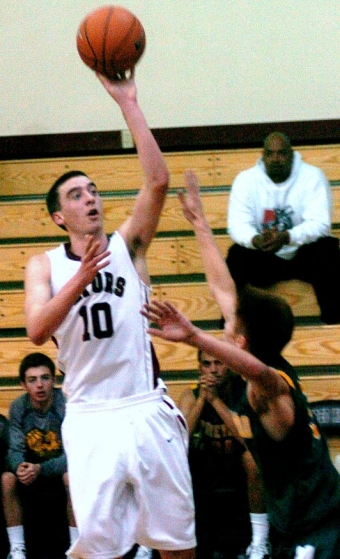 Sacred Heart Prep junior Cole McConnell scored 24 of his career-high 27 points in the first half as the Gators ran away from Pinewood, 87-71, in a West Bay Athletic League showdown on Tuesday night. Photo by Keith Peters/Palo Alto Online.