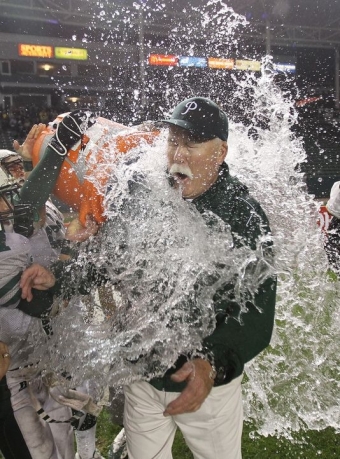 Palo Alto High football coach Earl Hansen got the royal water treatment from his players following a huge 15-13 victory over Centennial (Corona) as the Vikings captured the CIF Division I state championship and finished with a 14-0 record. Photo by Todd Shurtleff/MaxPreps.com.

Flying: How to lower your impact
By Sherry Listgarten | 6 comments | 1,719 views