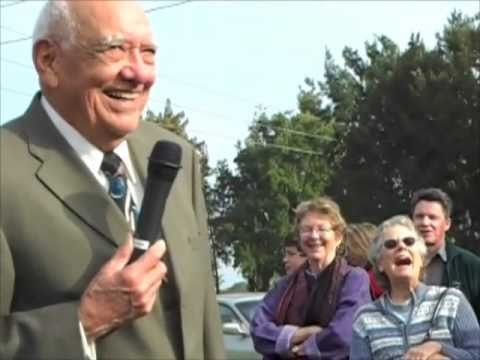 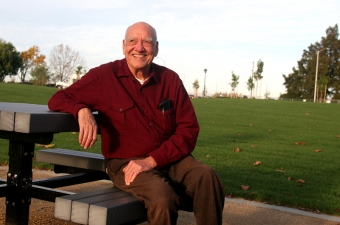 Charles Scott spent much of his adult life striving to create a community park in Midtown. Here he sits at the new picnic tables installed at Greer Park at the soon-to-be-opened "Scott Meadow," named for Charles and his late wife, Jean. Photo by Veronica Weber/Palo Alto Online.

Congratulations Charles Scott! This is a well deserved recognition.