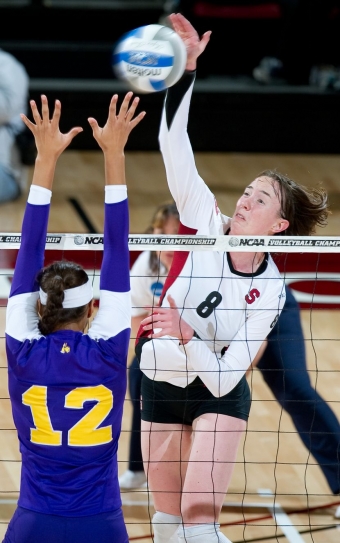 Stanford senior Cassidy Lichtman helped put away Albany in last weekend's NCAA regional at Stanford, and is hoping to do the same to Ohio State when the Cardinal and Buckeyes meet on Friday. Photo by John Todd/isiphotos.com.

Flying: How to lower your impact
By Sherry Listgarten | 6 comments | 1,745 views