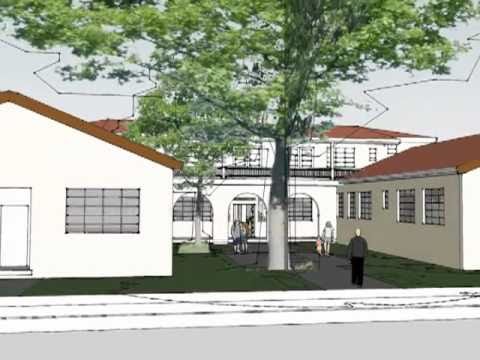 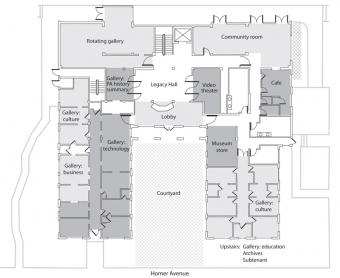 Floor plans for the museum show several galleries for exhibits, a cafe, a community room, an upstairs space that can be leased to a subtenant and a recording area to allow visitors to add their stories to the collection of personal histories that make up Palo Alto, among other features.

Like this comment
Posted by Use-No-Public-Funds
a resident of Another Palo Alto neighborhood
on Nov 21, 2010 at 10:29 am

NO public money should be spent on this project. Everything that will be displayed in this building could be converted to digital, making the cost of storing, and displaying, this information far less than what is being proposed here.

The money for this effort should come from those who have benefited the most--businesses and individuals who cashed in on those businesses.

The City should not be a party to this. The lease fees should be raised to reflect the true costs of this building to the public treasury. And should the building require modifications, or refurbishment, in the future--no public funds should be made available to whomever is operating this facility.

In response to the last comment about the use of public funds: nothing in this article states that the Museum project is being supported with public funds. All of the funds for this project are being raised privately. Regarding the lease, it is totally common for cities to lease properties for these kinds of projects at something like $1/yr. This is something that will provide benefit to the community and the city. Don't forget that the PA History Museum will be pouring millions into this beautiful and historic Palo Alto property that was otherwise falling into total disrepair. The only special interest here is that of the citizens who care about the history of this community, who are ponying up the cash for the Museum themselves. Please familiarize yourself fully with a project before spouting off about it.

Report Objectionable Content
Email Town Square Moderator
Like this comment
Posted by Pria Lytle Fletcher
a resident of Another Palo Alto neighborhood
on Nov 22, 2010 at 7:11 pm

PA History Museum? What a joke!!! Nothing in Pa is historic--not that you would know that by listening to the people who once claimed that every home over 50 years old was historic!!!!
Let these people have their little folly. As long as they fund it themselves--of course the matter of whether the location could be used for a revenue generating source instead of a plaything for the entitled of the city needs to be looked into.
Anyway this may become the crown jewel of the "destination palo alto" campaign--I can see travelers from all over the world flooding into PA for this--but only if they bike or walk.

> In response to the last comment about the use of public funds:
> nothing in this article states that the Museum project is being
> supported with public funds

The following is from the article:

> According to Holman, the museum currently has a
> lease-option agreement, which the board can exercise for $1 per year.

The Roth Building is City-owned, and has cost quite a bit of money to get it to where it is now. The $1/year lease is the public subsidy. It's not clear what a fair lease fee (fair to the taxpayers) would be--but $1/year is definitely not fair.

I am concerned regarding the traffic impact and safety on the roads around the museum. We will have children from all the schools and how they are escorted from their transportation safely is an issue. The most dangerous issue is Bryant Street from Embarcadero up to University.
This is a designated Palo Alto bike path. It is heavily used. We have cars parking all day on both sides of the road and if there is someone on a bike there are times that the biker and another car needing to occupy the middle of the street are forced into dangerous situations. I wonder if we could use just one side of the street for parking, and use the other side of the street for temporary parking to unload children or visitors to the museum and then the driver can seek parking elsewhere.
thank you.