Americans get Czech-ed at FIVB championships 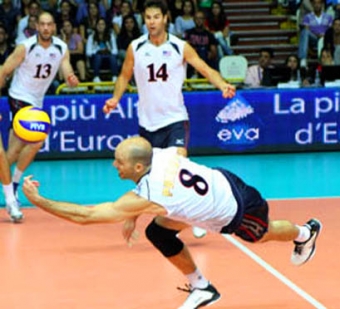 American Reid Priddy attempts to save a ball while Clay Stanley (13) and Kevin Hansen (14) look on. The U.S. lost in three sets to the Czech Republic at the FIVB World Championships in Italy on Thursday. Photo courtesy of FIVB.