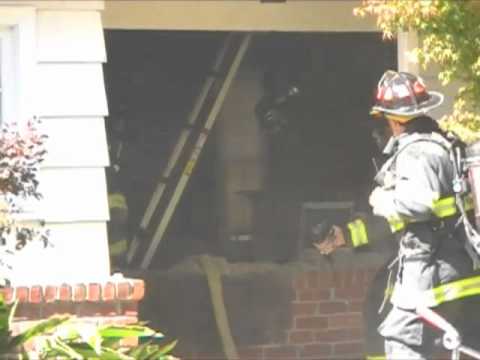 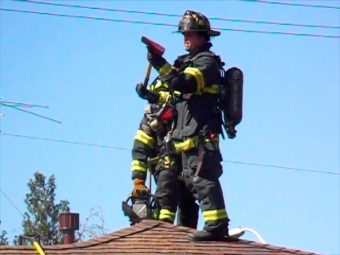 Alert workmen who tried to put smoldering roof rafters out with a garden hose on Monday afternoon kept a smoky attic house fire from potentially destroying a home in Palo Alto's Midtown area.

Roger Bloom, Palo Alto Fire Department's deputy chief of operations, said firefighters were called to the home at 763 Coastland Dr. by workmen putting in windows after they noticed smoke emanating from beneath the home's gutters.

A workman who declined to give his name said he noticed the smoke and shut off electricity to the single-story house. He and another worker cut a small hole in the roof and inserted a garden hose to try to douse any flames.

Firefighters received the call at 2:03 p.m. and arrived to find a lot of smoke from smoldering roof members, Bloom said. Damage was limited to the members, a hole cut in the roof for observation and torn out sheet rock in the front of the home. There was little smoke damage to the lower floor, he said.

Bloom said he thinks ignition was caused by an electrical wire and could have been related to the work at the home, but the official cause remains under investigation.

Firefighters found charred rafters but said there were no flames. By 3 p.m., fans were to be placed in the attic to blow out residual smoke.

The first few seconds after awakening; before I remember the virus
By Chandrama Anderson | 0 comments | 3,128 views

Think about helping others in our coronavirus-affected area
By Diana Diamond | 5 comments | 2,330 views