Palo Alto gardens are being plundered, but who the culprits are is unclear 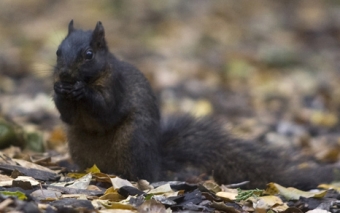 Bet she'll find her organic pears in a crate on a street corner.

Come on, remember the animals were here before you were! That's the chance you take when gardening, that's their food. Geez!! Always makes me laugh when we purchase big beautiful homes in land that deer live and then we do all we can to keep them out of our yards! They were there first, learn to share.

it is past time for the Palo Alto City Council to enact an Ordinance to ban all squirrels from the city limits of the fair City of Palo Alto.

Oh, those bushy tailed rats. I counted seven busily eating the fruit in my pistachia tree today. They sure leave a mess on the ground, but not to worry, the crows will come down and clean it up!!!

There are so many bushy tailed rats in my yard right now they've chased the neighbors cats out!! This is country living in suburbia!!!

Get a Jack Russell Terrier, they will catch and kill those disease vectors.

There are just way too many squirrels in Palo Alto now. Maybe it is the lack of oak trees and acorns now that makes them eat people's fruit, but I have the same problem. I want a solution other than just leave them alone or bear up with it.

I want to be able to get rid of squirrels, or better yet have the city do something.

There are just too many of them and they also seem to dig holes in the lawns as well.


I agree about too many squirrels, and that's just in the Hamilton Avenue Hatchery. Squirrels knocked out my telephone service a half dozen times before the company came up with a squirrel proof J-Box. Or maybe they just bribed them away.