A new way to pay 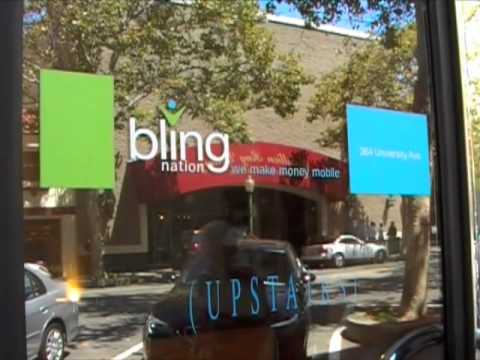 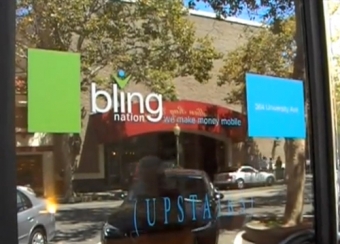 Forget your wallet at home? No worries: Now consumers can pay by cell phone. Palo Alto start-up Bling Nation, which puts microchip stickers on cell phones, is aiming to turn cell tapping into the credit-card swipe of the future.

Meyer Malka, an economist, and Wences Casares, a technology and financial-market specialist, founded the company and rolled out its Palo Alto beta launch at the end of July.

To use the service, customers affix "BlingTag" microchip stickers onto their phones, then tap their phones on "Blinger" terminals at cash registers in participating businesses. Money is withdrawn directly from the customer's PayPal account, and a text message is sent with the transaction details.

Bling partnered with local banks at its launch last year in La Junta, Colo. Within a year, a quarter of the cattle town's 7,000 residents were tapping their phones to pay for lunch, according to Bling.

The practice of paying by phone and smart cards has already taken hold in parts of Asia and Europe. Japanese commuters use Mobile Suica to pay for the JR East rail network, and Estonian drivers use EMT mobile technology's cell-phone service to pay for metered parking.

Since Bling's transaction fees are half of the 3 percent that credit-card companies typically charge merchants, there is a financial incentive for retailers to sign up, according to Bling.

Owner David Greene said he hopes the lower transaction fees "might help us independents find an edge over national retailers." In return, Bling gets publicity as local businesses introduce the system to their customer base.

Some shoppers, however, complain about the fee they incur as a result of receiving a text from Bling listing their balance and recent purchases.

It's possible, however, that receiving the text message will play an important role in consumer acceptance of this technology, Stanford Communication Professor Clifford Nass said. Author of "The Man who Lied to his Laptop," Nass claims that it's important for people to get a sense that they are actually connecting with someone rather than sending information "floating out there." The message can form that bond.

"A lost phone now becomes a lost wallet," he said.

However, Bling Nation's Malka claims that people tend to realize their phone is missing sooner than they do their wallet. To balance ease with security, the consumer is required to enter an individual four-digit PIN if the purchase is expensive or at a new business.

And identity theft is not the problem that it is with credit cards, Malka said. The BlingTag doesn't save personal information.

For Bling to be fast, cashiers must know how to use it, one customer noted.

"I tried to use Bling (at a California Avenue cafe), but because the cashier wasn't sure how it operated there was a stall at the register," said Tammy Luo, an intern for the Town of Hillsborough.

Luo also noted that leaving a tip at Siam Royal via Bling was awkward, since she had to enter the tip amount on the Blinger terminal that the waiter was holding.

"The ability to text Bling Nation the desired tip amount would be handy," she said.