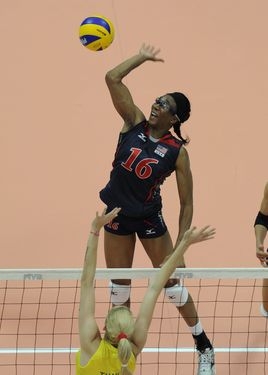 Stanford grad Foluke Akinradewo records one of her 16 kills during Team USA's five-set win over Brazil on Friday. Photo courtesy of FIVB.