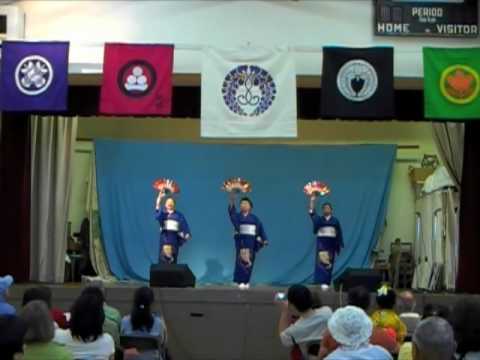 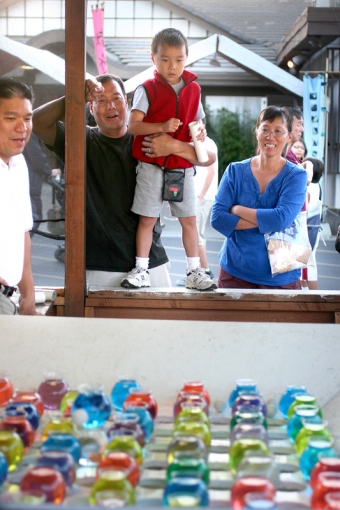 Bruce Kuwano, second from left, son Lance Kuwano, and Lily Lam, watch as Lance tries to win a goldfish by throwing a ping pong ball into a jar during the Obon Festival at the Palo Alto Buddhist Temple on July 31, 2010. Photo by Veronica Weber/Palo Alto Online.