Players, parents confront a confusing puzzle when they seek to make a complaint about a coach's behavior 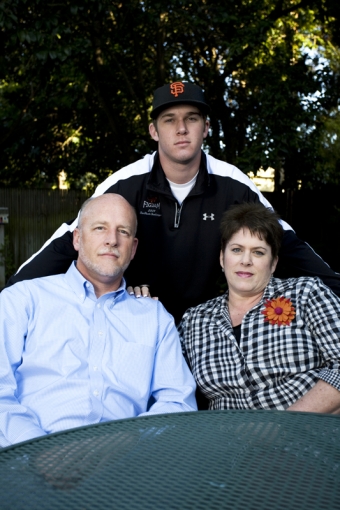 Steven Burk (center) was a pitcher for the Palo Alto High School baseball team but quit due to unhappiness with the coach's style of relating to the team and parents. Susan and Paul Burk are two of the parents who raised a question on the coach's style. Photo by Kimihiro Hoshino/Palo Alto Online.

Like this comment
Posted by Tyler Hanley
digital editor of Palo Alto Online
on May 21, 2010 at 9:31 am

Tyler Hanley is a registered user.


All comments regarding the special report on coaching in Palo Alto high schools have been streamlined to the following thread. Please add your comments here: Web Link

Flying: How to lower your impact
By Sherry Listgarten | 10 comments | 2,292 views