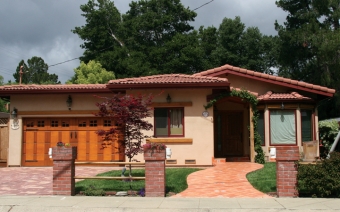 John Hofer picked his Palo Alto neighborhood based on its access to the school system when he moved his family to Charleston Meadows in 1987. Over the years, Hofer, a former president of the community association, decided that it was the residents that made the neighborhood feel like home.

"I grew up in Menlo Park when it really had a small-town atmosphere. This neighborhood has that same feeling, along with a diverse population and age," Hofer said.

"When my son was younger, he would often go off to the Robles Park with his friends, feeling very independent and unsupervised. Little did he know that we were, of course, peeking around watching after him. This is a pretty safe, intimate neighborhood," he said.

The neighborhood association holds community-building events at least once annually, to bring residents together and to raise their awareness about the current challenges affecting Charleston Meadows, most recently meeting at Robles Park for the annual elections.

"Usually, our event coincides with our annual association meeting, but we've also had block parties, ice cream socials and informational gatherings to bring residents up to speed on city-wide or neighborhood issues," Hofer said.

With 55 neighborhood homes by the Caltrain corridor, Charleston Meadows residents have a stake in shaping the plans of the rail authority as they plan the route, elevation and tracking through Palo Alto.

"We're trying to make sure that the high-speed-rail project comes through our neighborhood a way that fits the community's context," Armstrong said.

Part of what Charleston Meadows aims to protect is the small-town feel that residents say inspires neighborliness.

"A lot of the original homeowners seem to adopt newer families," said Armstrong. "Merry Edwardson, a neighbor who has lived in the neighborhood for around 50 years, has been such a help. Every year, she gives our kids an Easter basket with a note that it's from the Easter bunny. Last year, they ran over to her house dressed as a bunny and a chick, and were so excited to give her a picture that they'd drawn."

With new families coming in and Robles Park revived by the sounds of children playing, Charleston Meadows has undergone a Renaissance, retired schoolteacher Merry Edwardson, who in 1955 moved with her family into an Eichler by the park, said.

"We have a lot more younger families moving in, which is refreshing for people of my vintage. We've more than welcomed them with open arms and hope that they make the neighborhood a home as much as we have," she said.

For newer families, this welcome has inspired neighborly gestures in kind. A cooperative spirit has drawn people to share the fruits of their yards with the community around them.

"We're not as affluent as some of Palo Alto, but we're rich in community. You can't put a price on that," Armstrong said.

Can you stay healthy without making more trash?
By Sherry Listgarten | 6 comments | 3,067 views

Think about helping others in our coronavirus-affected area
By Diana Diamond | 7 comments | 2,804 views

The University of California’s flexible policies during COVID-19
By John Raftrey and Lori McCormick | 5 comments | 1,143 views