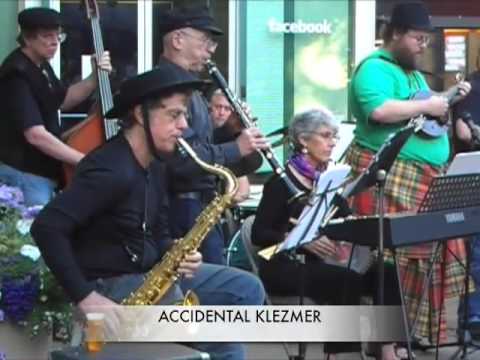 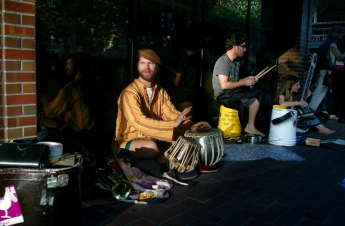 It was a wonderful opportunity for local musicians to create and demonstrate a real musical, inclusive community! After performing my Celtic bit I saw other friends I knew that were busking away who hadn't been scheduled officially! I did some Greek dancing and impromptu jazz jamming with my friend Ken and Thomas! Thanks to Christy Martin who had called me and convinced me of this wonderful oppotunity!

I had been looking all over for events like this, and could not find a schedule of street festivals on university avenue. Take my advice and publish it somewhere on the web...

"several musicians said closure would be nice but the event seemed to work fine without it"... Well, perhaps that's because they weren't the ones having to spill into the street with their children in order to listen to a group or get around them. The street definitely should have been closed to traffic to make the event safer and more easily negotiable. All similar events I've attended across the US and in Europe have been closed to traffic. Not sure why this would be a problem for University Ave. merchants on a Sunday afternoon/evening... We frequented several eateries there on Sunday, which we would not have done otherwise. Perhaps California Ave. might be a better location in the future; I'm sure those businesses would appreciate the extra revenue.

A wonderful event, but University should definitely be closed for it. I made the mistake of driving down just one block and there were kids and parents standing in the road, oblivious to the fact that cars were driving down it. I can't imagine closing the street from 3-7 on a Sunday would negatively impact businesses.

California Ave is another great idea, perhaps they could alternate years!